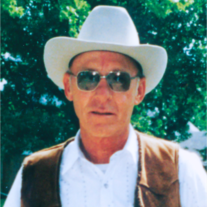 Roger W. Paulson, 76, of St. Paul, died Thursday, June 1, 2017, at CHI Health Saint Francis in Grand Island. Services will be10:30 a.m. Tuesday at Peters Funeral Home in St. Paul. The Rev. Marcia Dorn will officiate. Burial will be in the Elmwood Cemetery in St. Paul. Visitation will be Monday from 5 to 7 p.m. at the funeral home. Mr. Paulson was born on Sept. 9, 1940, on the family ranch near Mission, South Dakota, the son of Clarence and Edna (Breding) Paulson. He attended country schools in the area and was a 1958 graduate of Todd County High School. He then attended Southern State Teachers College to study auto mechanics. After receiving his diploma he began working for Luter Implement in Valentine. He was united in marriage to Emma C. Parks in November 1960, at Ainsworth. In 1967, the couple moved to Doniphan where he began working at Sperry New Holland in Grand Island, later moving to Giltner. In 1980, he moved north of St. Paul, where he lived the rest of his life. Roger enjoyed working with and raising cattle and working on old tractors of his own and for others. He collected toy tractors and coins and liked to attend auctions. He loved spending time with his family and having coffee with his friends, where they would try to solve all the problems of the world. He is survived by three children and spouses, Steve and Kristi Paulson of Gray, TN, Greg and Kandus Paulson of Hastings and Kim and Todd Havlat of Lincoln; grandchildren, Aspen Paulson, Riley Paulson, Chase Paulson, Lauren Havlat and Laci Havlat; and one brother and sister-in-law, Rodney and Arlene Paulson of Mission, South Dakota. He was preceded in death by his parents; two infant daughters, Pamela and Kathy Paulson; two brothers, Ivan and Delbert Paulson; and one sister, Marlene Hawn. Memorials are suggested to the family's choice.
To order memorial trees or send flowers to the family in memory of Roger W. Paulson, please visit our flower store.