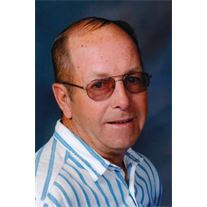 Norman J. Gappa, 70, of Ashton, died Thursday, June 25, 2015, at his home, surrounded by his family. Services will be at 10 a.m. Tuesday at St. Francis Catholic Church in Ashton. The Revs. Marty Egging and James Schmitt will officiate. Burial will be in the Our Lady of Mount Carmel Catholic Cemetery in Paplin, with graveside military honors by American Legion Post 108 of Ashton. Visitation will be Monday from 5 to 7 p.m. at the church, with a 7 p.m. vigil service and Knights of Columbus rosary. Peters Funeral Home of Loup City is in charge of the arrangements. Mr. Gappa was born on Aug. 22, 1944, at Loup City, the son of Edwin and Lucille (Dymek) Gappa. He was united in marriage to Phyllis A. Roschynialski on Oct. 10, 1970, at Our Lady of Mount Carmel Catholic Church in Paplin. He is survived by his wife, Phyllis of Ashton; two sons and daughters-in-law, Mike and Stacie Gappa of Ashton and John and Alicia Gappa of Muskegon, Michigan; three daughters and one son-in-law, Mary Gappa of St. Paul, Ruth Gappa of Omaha and Theresa and Greg Rasmussen of Rockville; three sisters and two brothers-in-law, Jean Stenka of Ainsworth, Diane and Mike Chelewski of Arcadia and Donna and Dennis Fells of Mulvane, KS; and one brother and sister-in-law, Richard and Donna Gappa of Grand Island. He is also survived by 13 grandchildren, Justin Hruby, Whitney Gappa, Shanyn Gappa, Jarrod Gappa, Cody Gappa, Katelynn Gappa, Sara Gappa, Cecilia Gappa, Dylan Rasmussen, Trent Rasmussen, Troy Rasmussen, Ella Rasmussen and Avyn Rasmussen; and three great-grandchildren, Isabella, Abbi and Daltyn Hruby. Norman grew up on the family farm north of Ashton where he attended Sherman County rural schools. He was a 1962 graduate of Ashton High School. As a young man he worked at various jobs in the area. He served in the United States Army from July 14, 1965 to July 13, 1967. At a young age he was engaged in farming with his father and uncles, later taking over and managing the family farm with Phyllis. He was still farming at the time of his death. He was a lifelong member of Our Lady of Mount Carmel Catholic Church and St. Francis Catholic Church. He served as a reader at Masses, was an Extraordinary Minister of Holy Communion to Rose Lane Home, was a member of Christians Encounter Christ, Knight of Columbus Council 5455 of Loup City and the American Legion Post 108 of Ashton. Needless to say, Norm loved farming. He also enjoyed hunting, riding his 4-wheeler and grilling. He loved his Catholic faith and his involvement in the church was very important to him. He was preceded in death by his parents, Edwin and Lucille Gappa; in-laws, Anton and Evelyn Roschynialski; and a brother-in-law, Ray Stenka. Memorials are suggested to Our Lady of Mount Carmel Catholic Church or for Masses.
To order memorial trees or send flowers to the family in memory of Norman J. Gappa, please visit our flower store.