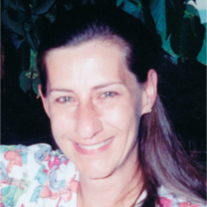 Michelle A. (Rock) Warner, 59, of St. Libory, died Saturday, June 16, 2018, at Nebraska Medicine in Omaha. Mass of Christian Burial will be 10:30 a.m. Saturday at St. Libory's Catholic Church in St. Libory. The Rev. Sidney B. Bruggeman will celebrate the Mass. Burial will be in the parish cemetery. Visitation will be Friday from 5 to 7 p.m. at the church with a 7 p.m. vigil service. Peters Funeral Home of St. Paul is assisting the family. Michelle was born on March 23, 1959, at Grand Island, the daughter of Patrick J. and Shirley A. (McCord) Rock. She grew up on the family farm northeast of St. Libory and attended District 118 School and graduated from St. Paul High School in 1977. She then attended college and received her associates degree in medical records. Michelle worked at St. Francis Medical Center in Grand Island for several years before her marriage. After a few years of living in various locations across the Midwest, Michelle settled with her family in Crystal Lake, Illinois. There she focused on raising and protecting her three children: Max, Lindsey and Danny. Michelle was known as Shelly to her family and close friends. She had a gift of making friends with anyone she crossed paths with, whether it be at little league games or the grocery store. She enjoyed antiques, scratch off tickets and caring for others. She was a loving mother and most proud of her children: Max (a football coach), Lindsey (a nurse), and Daniel (an engineer) and soon to be daughter-in-law, Kaitlyn and new grand baby. She had a strong work ethic and no job was ever to small for her. She enjoyed caring for others in every aspect of her life, giving up much of herself in the process. She is survived by her children, Maxwell Warner and Kaitlyn Beach of Tampa, FL, Lindsey Warner of San Antonio, TX and Daniel Warner of Chicago, IL; granddaughter, Blair Elizabeth Warner of Tampa, FL; father, Pat Rock of St. Libory; siblings and spouses, Denise and John Lukasiewicz of Omaha, John and Sherry Rock of St. Libory, Paula and Trebor Tomsu of San Antonio, TX and Carter Rock of St. Libory. She was preceded in death by her mother, Shirley Rock; grandparents, Frederick and Doris McCord and John and Kathryn Rock; significant other, Myron “Butch” Beck; aunt, Rosie Werner; and uncle, Norm Rohweder. In lieu of flowers, memorials are suggested to the family to be determined at a later date.
To order memorial trees or send flowers to the family in memory of Michelle A. Warner, please visit our flower store.