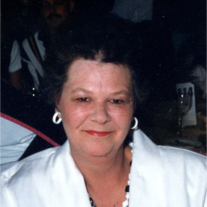 Marjorie L. Pittman, 80, of St. Paul, died Tuesday, Dec. 31, 2019, at the Grand Island Lakeview Care & Rehabilitation Center in Grand Island. Memorial services will be 1 p.m. Friday, Jan. 10, 2020, at Peters Funeral Home in St. Paul. The Rev. Steven Neal will officiate. Inurnment will be in the Elmwood Cemetery Columbarium in St. Paul. Marjorie was born on May 11, 1939, at Seward, the daughter of Francis and Luise (Scheumann) Decker. As a young girl she moved with her family to Grand Island, where she received her education and graduated from Grand Island Senior High in 1956. She began working at Dreisbach’s in Grand Island as a teen. It was there that she met Ron Pittman and they were later married on May 12, 1967, in Grand Island. She continued to work as a waitress and the couple co-managed Dreisbach’s. In 1978, the couple moved to St. Paul and purchased Paul’s Supper Club, which they renamed, Ron & Co. They sold the business in 1995 and Marjorie worked at Keller’s Liquor Store until her retirement. She enjoyed painting crafts, creating Bob Ross paintings and collecting John Wayne memorabilia. She loved spending time with her grandkids. She is survived by her husband, Ron of St. Paul; son, Mike Pittman and Annie Kowalski of St. Paul; daughter, Ali Mills of St. Paul; three grandchildren, Nick Pittman, Jesse Mills and Carly Mills, all of St. Paul; and one great-granddaughter, Eleanor Pittman of St. Paul. She was preceded in death by her parents; grandson, Peyton Mills; brother, Richard Decker; and sister, Nancy Marsh. Memorials are suggested to Cub Scouts Pack 121 and Boy Scouts Troop 121, both of St. Paul.
To order memorial trees or send flowers to the family in memory of Marjorie L. Pittman, please visit our flower store.