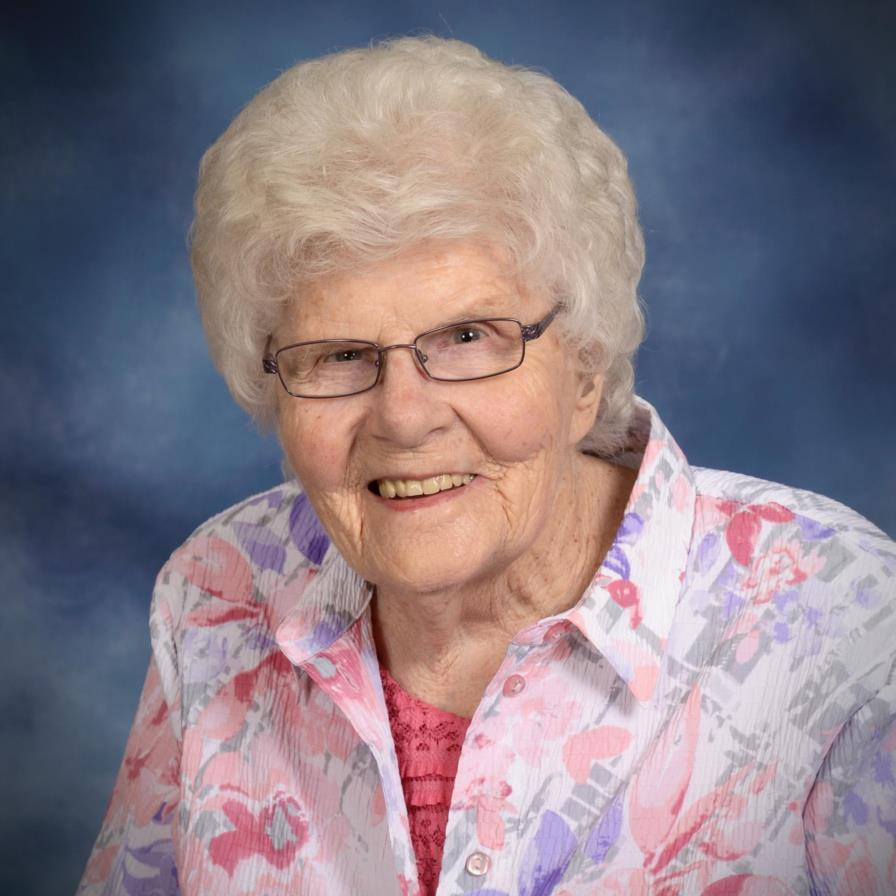 Loretta K. Bonczynski, 91, of Ravenna, went to be with the Lord on Tuesday, March 17, 2020, at the Good Samaritan Society in Ravenna. Mass of Christian Burial will be 10 a.m. Saturday, May 1, 2021, at St. Josaphat’s Catholic Church in Loup City, the Rev. Richard L. Piontkowski will celebrate the Mass. A private family burial was held at the Evergreen Cemetery in Loup City on March 21, 2020. If you are unable to attend the funeral, you are asked to stop by the Loup City Community Center between 1 p.m. and 4 p.m. for a celebration of Loretta’s life. Facemasks are highly recommended for the Mass. The Mass will be livestreamed on Peters Funeral Home Facebook page. The direct link for that page is www.facebook.com/PetersFuneralHomeSP. Peters Funeral Home of Loup City is assisting the family. In lieu of flowers and plants, Loretta asked that memorial contributions be made to St. Vincent dePaul School in Seward, St. Josaphat’s catechesis in Loup City, Blessed Sacrament Church in Grand Island or to the donor’s choice. Loretta was born on April 30, 1928, in Loup City, the daughter of Walter and Kathryn (Augustyn) Kaminski. Loretta attended country schools in Sherman County, Loup City High School, and graduated from Wiggle Creek High School in 1945. She was united in marriage to Frank J. Klimek on June 11, 1947, in Loup City. Mr. Klimek died on Dec. 10, 1971. On Jan. 14, 1984, she married Adolph Bonczynski. Mr. Bonczynski died on March 28, 2008. Loretta was employed at Rose Lane Nursing Home, Loup City Ambulance, and Sacred Heart Hospital, all in Loup City. In 1984, Loretta and Adolph moved to Seward. She retired from Memorial Hospital in Seward in 1993. In 2008, Loretta and Adolph moved to Grand Island. In Loup City, she was a member of St. Josaphat’s Catholic Church, Rosary Sodality, and was a teacher for the CCD program. In Seward, she was a member of St. Vincent dePaul Catholic Church, Extra Ordinary Eucharistic Minister, Hospital Auxiliary, TOPS Club, and Share Program. In Grand Island, she was a member of Blessed Sacrament Catholic Church and participated in many faith and learning programs. Loretta enjoyed attending many of her children’s activities and especially spending time with her grand and great-grandchildren. Those left to cherish her memory are children and spouses, Lawrence and Billie Klimek of Grand Island, Kathryn and David Chohon of Tucson, AZ, Loren and Darlene Klimek of Idaho Springs, CO, Barbara Klimek of Brady, Michael and Karleen Klimek of Grand Island, John and Nancy Klimek of Omaha, Michelle and Michael Grudzinski of Maryville, MO, Denise and Robin Bochart of Rockville and Laurie and Craig Dethlefs of Ravenna; brother, Andrew Kaminski of Aurora, CO; step children, Marlene and Dewey Wood of San Saba, TX, Judy and Tom Van Winkle of Wood River, and Rick and Kim Bonczynski of Golden, CO; 27 grandchildren; 46 great grandchildren; 4 great great grandchildren; step grandchildren; step great grandchildren; nieces and nephews; many relatives and a host of friends. In addition to her husbands, Frank and Adolph, Loretta was preceded in death by her parents; infant sister, Leona; grandson, Joshua Chohon; great granddaughter, Quinn Blankenship; brother, Leonard and Don Kaminski; and step sons, Larry and Randy Bonczynski.
To order memorial trees or send flowers to the family in memory of Loretta K. Bonczynski, please visit our flower store.