Leonard N. Ward, 70, of St. Paul, died Wednesday, Sept. 25, 2019, at CHI Health Saint Francis in Grand Island. Memorial Services will be 10:30 a.m. Monday at Peters Funeral Home in St. Paul. The Rev. Steven Neal will officiate. Inurnment will be in the Elmwood Cemetery in St. Paul, with graveside military honors by Carl Mogensen American Legion Post 119 of St. Paul. Leonard was born Dec. 25, 1948, at Burwell, the son of John W. and Helen L. (Rose) Ward. He began his education in Burwell. He later moved with his family to the St. Libory area and attended St. Paul Public Schools. He served in the United States Navy from Dec. 1967 to Dec. 1971. He was united in marriage to Teresa J. Wills on Sept. 18, 1971, at Buzzards Bay, Massachusetts. The couple first lived in Newport, Rhode Island, until Leonard was discharged from the Navy. They later returned to Nebraska and settled in St. Paul, where they raised their four children. Leonard worked for Lacy Construction for many years before retiring. Leonard enjoyed listening to music and telling jokes and stories. He loved fishing, and fishing and then some more fishing! He is survived by his wife, Teresa Ward; children and spouses, Katie and Scott Kowalski of St. Paul, Patti Ward of St. Paul, Adam and Shannon Ward of Crete, and Tim Ward of Kearney; six grandchildren and spouses, Kris and Amber, Trevor and Angel, Kyle, Tyler, Ranae, and James; and four great-grandchildren, Zane, Cailynne, Jesse and Adilee; brother, Jack Ward of Grand Island; and sister, Jonette Hesnault of Grand Island. He was preceded in death by his parents, John and Helen Ward; his twin brother, Leon Ward, and brothers, Gary Lee Ward, Larry Ward and Mike Ward. In lieu of flowers and plants, the family requests that you go buy yourself a fishing license, and use it!

To plant memorial trees or send flowers to the family in memory of Leonard Ward, please visit our flower store.

Patti, Katie and all your family, I was so sorry to hear of your loss. May God bless you all with His comfort and healing at this very sad time. My thoughts and prayers are with you.

To Katie & all of Leonards family.....Our deepest sympathy for your loss.....Leonard was always so upbeat and fun to talk to any time our paths crossed. Enjoyed running into him and your Mom at Brookfield. Our thoughts and prayers are with you and all the family. We know how very much youll miss your Dad Katie. Sincerely, Craig & Sue Foss

Friends and Family uploaded 1 to the gallery. 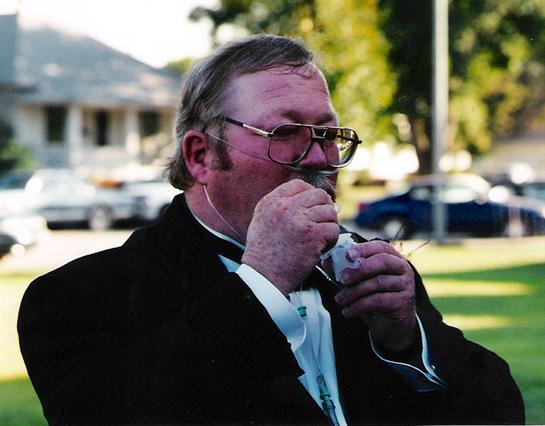