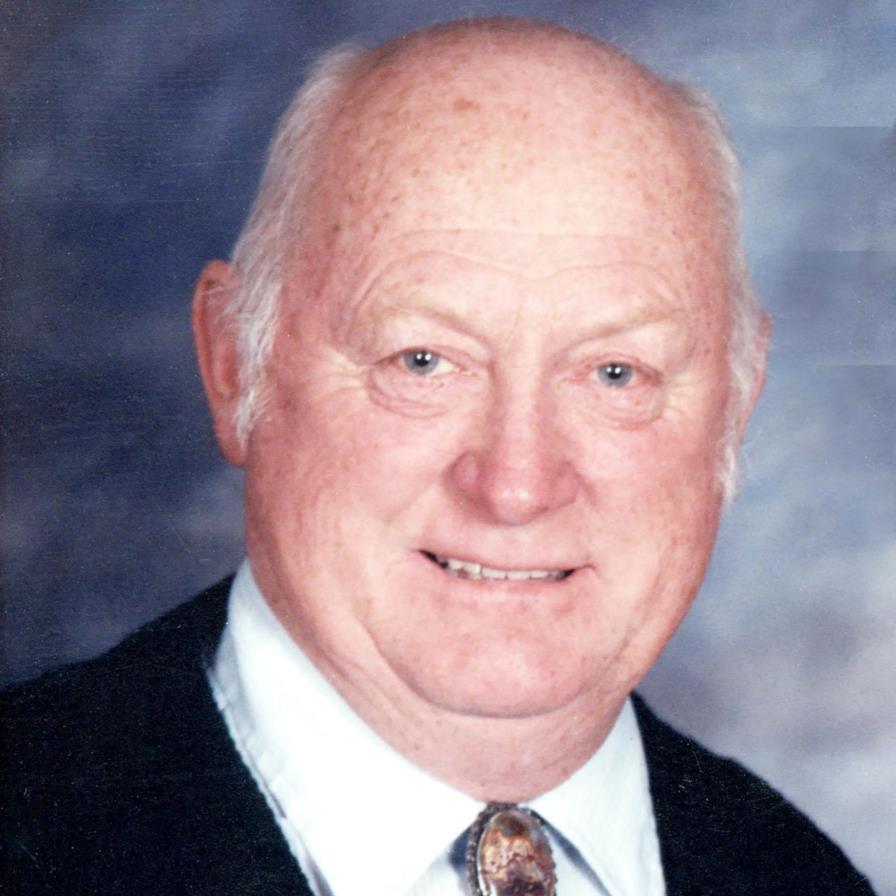 Gerald L. “Jerry” Rathman, 85, of Farwell, died Monday, Oct. 26, 2020, at the Howard County Medical Center in St. Paul. Mass of Christian Burial will be 10:30 a.m. Thursday at St. Anthony’s Catholic Church in Farwell. The Revs. Rayappa Konka, Richard Piontkowski and Harlan Waskowiak will concelebrate the Mass. Burial will be in St. Anthony’s Catholic Cemetery near Farwell, with graveside military honors by the U.S. Army National Guard and Carl Mogensen American Legion Post 119 of St. Paul. Visitation will be from 5 to 7 p.m. Wednesday at the church, with a 7 p.m. rosary. Social distancing and face masks are required at the visitation, rosary and Mass. The family will not be present during the visitation to greet the public. The service will be livestreamed on Peters Funeral Home Facebook page. The direct link for that page is www.facebook.com/PetersFuneralHomeSP. Memorials are suggested to the family for later designation. Peters Funeral Home of St. Paul is assisting the family. Gerald was born on Oct. 29, 1934, at Belgrade, the son of Louis and Vivian E. (Ellison) Rathman. He began his education at Belgrade and later moved with his family to a farm south of Alda. He then attended rural schools in the Alda area and graduated from Alda High School in 1953. Jerry served in the United States Army National Guard and Nebraska Army National Guard. He served from April 1953 to April 1956. He was united in marriage to Gloria A. Irvine on Feb. 27, 1954, at St. Mary’s Cathedral in Grand Island. They first lived and farmed near Wood River. Jerry also worked part-time at the Navy Depot in Hastings, the truck stop near Wood River and for the Agricultural Stabilization and Conservation Service. In 1967, the family moved to a farm northwest of Farwell. Jerry farmed with his two sons and also worked as an adjuster for Federal Crop Insurance. He was a member of St. Anthony’s Catholic Church in Farwell and was involved in many area prayer groups and the Diocesan Cursillos. He also performed in a skit called “Our Father” for many events and music jamborees in the area. He and Gloria enjoyed square dancing, country and western music, attending music jamborees and playing cards. He is survived by his two sons and daughters-in-law, Bruce and Denise Rathman of Farwell and Brad and Becky Rathman of Farwell; seven grandchildren and spouses, B.J. and Michelle Rathman, Mandy and Matt Koperski, Wade and Caitlin Rathman, Melinda and Todd Vlieger, Jennifer and Spencer Zysset, Austin and Shaylene Rathman and Clark and Lauren Rathman; 10 great-grandchildren, Justin, Colt, Ava, Lily, Carl, Clara, Lyam, Tate, Brooke and Vivian; brother-in-law, Robert Irvine of Grand Island; and sisters-in-law, Virjean Beckman of Gothenburg and Alvera Irvine of Grand Island. He was preceded in death by his parents; wife, Gloria on Aug. 27, 2020; brother and sister-in-law, Max and Irene Rathman; in-laws, Norton and Sophie Irvine; and brothers-in-law and sisters-in-law, DeVon Irvine, Marlin and Ann Irvine, Bonnie Irvine and Don Beckman.
To order memorial trees or send flowers to the family in memory of Gerald L. "Jerry" Rathman, please visit our flower store.