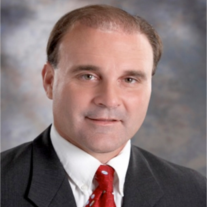 Dr. Daniel P. Harrahill, 52, of St. Paul, died Saturday, April 1, 2017, at CHI Saint Francis in Grand Island. Mass of Christian Burial will be 10 a.m. Thursday at the St. Paul Civic Center in St. Paul. The Revs. Rayappa Konka, Ray Kosmicki and Mike McDermott will concelebrate the Mass. Burial will be in the Elmwood Cemetery in St. Paul. Visitation will be Wednesday from 3 to 7 p.m. also at the St. Paul Civic Center. Peters Funeral Home of St. Paul is assisting the family. Dan was born on March 7, 1965, at St. Paul, the son of John R. “Jack” and Carmen J. (Peters) Harrahill. He was a 1983 graduate of St. Paul High School and graduated from Creighton University in Aug. 1988. He was united in marriage to Shelly Marquis on Feb. 24, 1989, at Kearney. The couple were blessed with four children, Emilea, Josh, Noah and Madison. Dan received his Medical Doctor degree from the University of Nebraska Medical Center in May 1996 and enjoyed finishing his medical residency in Scottsbluff from 1997 to 1999. In June of 1999 he began his career as a physician in his hometown of St. Paul. Rural medicine was his passion and coming home to work in St. Paul was a dream come true. He continued to work until two weeks before his death. Dan was always willing to lend a helping hand. He visited many patients in their homes and was known for his selflessness, humility, generosity, humor and work ethic. His love for medicine was surpassed only by his love for his family. He tried hard not to miss any of his childrens school activities, whether it was music, sports, speech or school plays. He also enjoyed traveling with his family. He was a member of Sts. Peter & Paul Catholic Church and Knights of Columbus Council No. 1918 of St. Paul. He was also a member of the Nebraska Medical Association and the American Medical Association. On March 24, 2017, Dan was able to attend the wedding of his daughter and graduation of his son. Though originally scheduled for later this spring, these beautiful ceremonies were prepared by a special group of friends, with three hours notice, in order for these to occur at the hospital where Dan could attend. The last two weeks were among the happiest of Dan's life, as they were filled with friends and family, love and laughter. He is survived by his wife, Shelly of St. Paul; daughter and son-in-law, Emilea and Kyle Harshman of Lincoln; sons, Josh Harrahill of Omaha and Noah Harrahill of St. Paul; and daughter, Madison Harrahill of St. Paul; mother, Carmen Harrahill of Grand Island; sisters and brothers-in-law, Kerin and Steve Older of Augusta, GA and Sue and John Friedrichsen of Palmer; two brothers and one sister-in-law, Rick and Trish Harrahill of Palmer and Dennis Harrahill of North Platte; mother-in-law, Dodie Johnson of Kearney; father-in-law and his wife, Lyle and Cec Marquis of Gretna; and Shelly's siblings and spouses, Julie and Mike McIntee of Bismarck, ND, Doug and Stacey Marquis of Lake Forest, IL, Kevin Marquis and Brittany Hartman of Colorado Springs, CO and Dan and Michelle Marquis of Elkhorn. He was preceded in death by his father, Jack Harrahill. Dr. Dan and his family request, in lieu of plants and flowers, that people please give memorials to the following organizations that were near and dear to his heart: Howard County Medical Center, Sts. Peter & Paul Parish Life Center or Kids Inspiring Kids (kidsinspire.com).
To order memorial trees or send flowers to the family in memory of Daniel P. Harrahill, please visit our flower store.