Bernardine M. Ferguson, 96, of Grand Island, died Saturday, Jan. 19, 2019, at the Central Nebraska Veterans Home in Kearney. Mass of Christian Burial will be 10:30 a.m. Friday at St. Libory's Catholic Church in St. Libory. The Rev. Marty L. Egging will celebrate the Mass. Burial will be in the parish cemetery. Visitation will be one hour before time of Mass at the church. Peters Funeral Home of St. Paul is assisting the family. Bernardine was born on July 28, 1922, at Eddyville, the daughter of Arthur Martin and Mary Ethyl (Murray) McEntee. She grew up in Eddyville, where she revived her early education and graduated from Eddyville High School in 1940. She was united in marriage to Melvin Wiley Ferguson on Jan. 13, 1944, at Eddyville. After Wiley was discharged from the United States Army the couple lived in Kearney where she worked at Western Manufacturing Co. and the West Co. in the office. In 1967 they moved to Grand Island where she was employed at Social Services as a typist/file clerk until she retired in 1984. Wiley died on March 19, 1998, and Bernardine continued live in her home until moving to the Grand Island Veterans Home. This past week she had moved to the new Central Nebraska Veterans Home. She was a member of Blessed Sacrament Catholic Church, Catholic Daughters Queen of Peace Court No. 2227 and Diocesan Council of Catholic Woman, all in Grand Island. She enjoyed reading, crossword and jigsaw puzzles and gardening. She also loved Bible Studies, making rosaries for the Prison Rosary Gang and the Missions. She is survived by her daughter-in-law, Shari Ferguson, of Thousand Oaks, CA; four grandchildren and spouses, Michelle and Steve Ignacio of Simi Valley, CA, Christy Ferguson of Studio City, CA, Daniel and Lisa Ferguson of Thousand Oaks, CA, and Bryan Ferguson of Thousand Oaks, CA; and two great-grandchildren, Lucca Ferguson and Verona Ferguson. In addition to her husband, Wiley, she was preceded in death by her parents; her son, Arthur Ferguson; one brother, Paul McEntee; and one sister, Mary Elaine O'Neill. Memorials are suggested to the family's choice.

To plant memorial trees or send flowers to the family in memory of Bernardine Ferguson, please visit our flower store.

Rest in Peace kind lady. I will always have fond memories of Bernadine and all of the other "front office" women at the Pine Street office.

Bernadine was such a beautiful lady; inside and out. We are so sorry for your loss. All of you are in our prayers during this time of great loss. God's grace and peace, CDA/Court Queen of Peace #2227 Grand Island

Daniel, that's a beautiful documentary. I'm so very sorry for your loss.

This was such a beautiful documentary of a life well lived. In each frame there were signs of happiness. The space that is left in her passing can only be filled with the memories now. Thankfully there are so many of them for all of you. Condolences to your family.

I have uploaded a re-edited version of Bernardine's 80th Birthday video tribute to the album Bernardine Remembrances. Written and voiced by Bernardine's son, Art, it covers an intimate and personal look back at her life. Art's writing and voice give her memory a heartfelt and loving voice. With Love to all who knew her from Bernardine's grandchildren in California. Daniel Ferguson

Friends and Family uploaded 1 to the gallery. 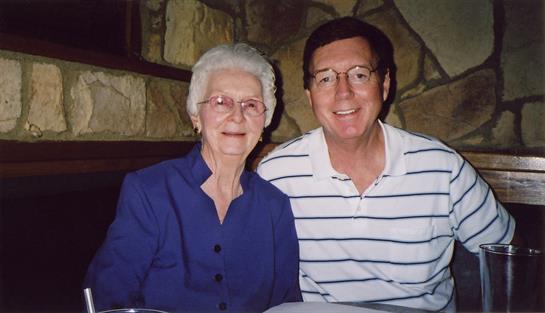